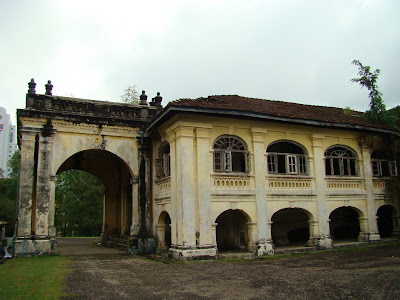 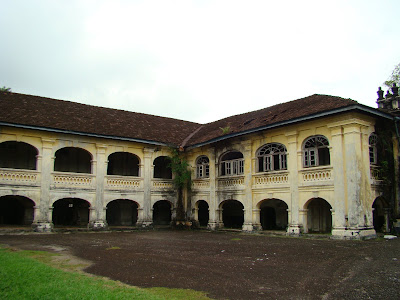 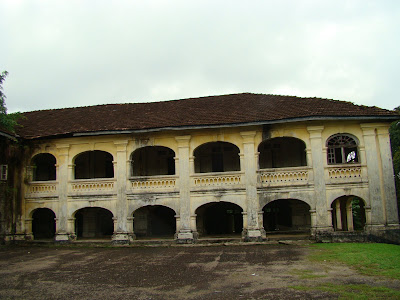 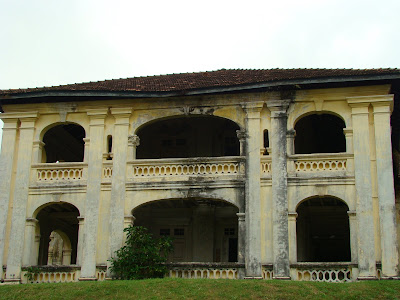 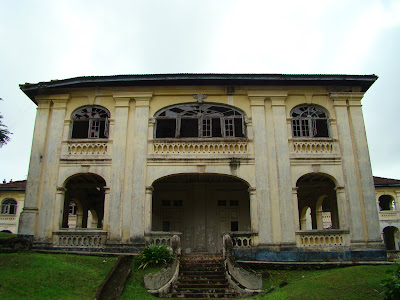 Upon its completion in 1858, this building was used specifically for royal ceremonies such as the inauguration of the sultan and royal weddings. The ground level was used as a museum for the antique cars of Sultan Abu Bakar and Sultan Ibrahim.

The design concept of this building reflects the influence of western architecture. This is clearly shown in the plan and elevation of the building. The plan, which is in the shape of a letter 't' is similar to the clover flower split into four. The design is chosen to accommodate four main groups of foreign dignitaries like the Malays, English, Chinese and Indians during the royal functions.

Posted by Dr. Kamarul Syahril Kamal at 12:04 am

actually it was an English School for a very long time (I suspect from as early as 1863) because it is well known that when the English College was founded the first batch of students were from here. My grandmother also studied in this school in the 1940's

salam..how can i get in touch with this author (kamarul shahril)? we are doind a study on this particular building..hope to find more information..thank you

salam,
Im student of building surveying. currently doing research on this building.can i have more infos regarding this building?thanks

you guys can no more to go to this place;closely...the building still there but no one could enter this place

Hi, I am quite interested to take photo at this place. May I know why no one could enter this place?

My Directory of Academic Profiles 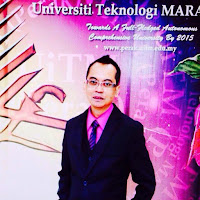 No. of Online Visitors 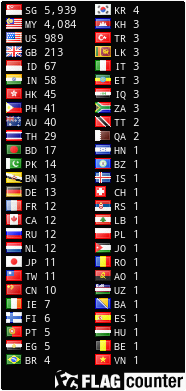 Back to Front Pages